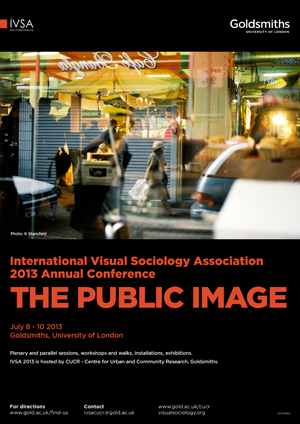 In 1975, Laura Mulvey employed Freudian and Lacanian analyses as a ‘political weapon’ to analyse
‘the male gaze’ of classical cinema and its alternate fetishisation of, and voyeurism in relation to,
women’s bodies. More recently, she points to the potential of new video technologies to slow down,
fragment and re-order this gaze (2004). It is argued here that the incorporation of such artistic
practices into sociological inquiry has the potential to elicit and interrogate multiple subjectivities
difficult to express in the words often required by conventional research techniques. The project
discussed in this paper confronts the thorny subject of male representations of the female body.
Many important feminist deconstructions of commercial, sexualised, heteronormative images of
women’s bodies show the continued salience of ‘the male gaze’. In structure the experiment
described here-male artists invited to draw charcoal images of a life model’s vagina (only) that were
later put into film- might initially be interpreted similarly. However, the resulting drawings suggest
neither voyeurism nor fetishism, nor indeed any consensus as to how to represent the organ itself.
The mystery and threat contained in these images is further explored in the video in which the
charcoal drawings slowly compose and de-compose consecutively. The juxtaposition of such diverse
images not only contrasts with but makes conventional, commercial public representations of female
bodies strange (Rancière 2008). It is argued that such artistic/visual practices can both reflect multiple relatively unexplored embodied subjectivities and help to develop alternative textual sociological
discussion of this and other areas.
Publicado por Syd en 10:18 No hay comentarios: